IMDb: 8.7 1995 109 views
In ancient times, a great battle was waged between a master mage, Enno, and an evil demon goddess, Karuma. Enno didn’t have the strength to ...
Action & AdventureAnimationComedySci-Fi & Fantasy 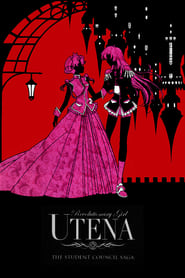 IMDb: 8.9 1997 44 views
The major character is Utena Tenjou, a tomboyish teenage lady who was so impressed by a sort prince in her childhood that she determined to ...
AnimationDramaSci-Fi & Fantasy