Wendy makes her entrance, but she’s not alone. Her cat, Charle, has arrived with her, much to Happy’s pleasure. The members of Blue Pegasus explain that the Oración Seis were after an extremely powerful spell sealed in Worth Woodsea – The Nirvana. The team of twelve (not counting the cats) go through a plan, whereby they take down the base of the Oracion Seis with Blue Pegasus’ pride and Joy – a magical bomber, Christina, the Pegasus. Lucy and Wendy are worried about taking down the Oración Seis, consisting of Cobra, Racer, Hot Eye of The Heavenly Eye, Angel, Midnight and Brain. After discussing the plan, the excited Natsu runs off by himself, eager to defeat Oracion Seis on his own. Everyone else follows, unaware that Jura and Ichiya have already been beaten by Angel. The Oración Seis, with Angel’s help, now know the plan of the joined guilds. Everyone else reaches the Worth Woodsea, only to witness Christina being taken down! Oración Seis appears, and easily defeats everyone but Wendy, who chooses to hide behind a rock in fear. Just as Brain is about to use a spell, he stops, having seen Wendy. 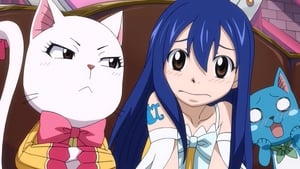 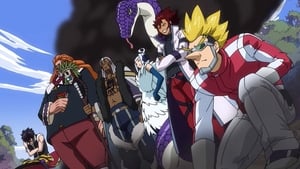 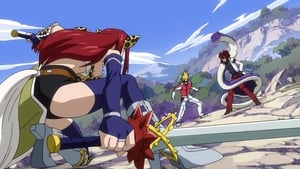 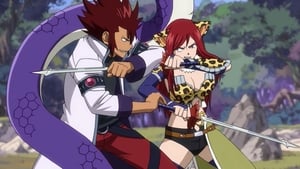 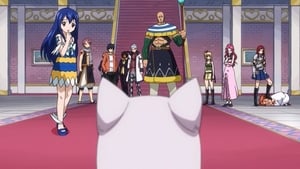 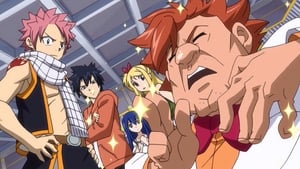 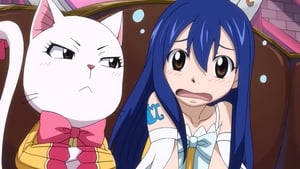 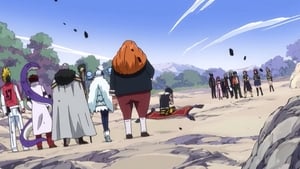 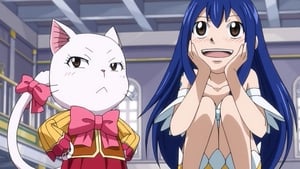 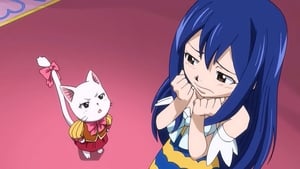