Rogue and Sting have one last chance to take out their former, now demonically resurrected, master. Meanwhile, it’s hard enough for the tag team of Natsu and Gray to make any headway against Mard Geer’s ultimate form, but then the Underworld King unleashes his ultimate curse, Memento Mori! 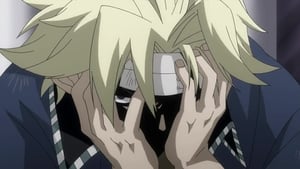