Fungus is disappointed because all the other Lords, including Makenshi, have found a piece of Omega. Oscha tells Fungus that he can find a piece of his old world and become strong again. The group happens to arrive in this world and Fungus uses its powers to make him large and powerful. Lisa’s Kigen Arts are no match. Kaze comes and uses his Magun to summon Phoenix and Ixion, but they are no match for Fungus’ regeneration powers. In the end, Kaze is defeated 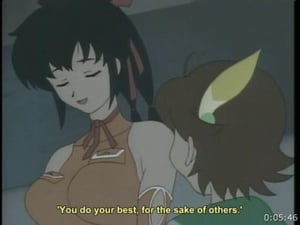